Long day.  Started from Gooch Mtn Shelter around 9:20.  Shuffled down the trail for a while until we came to a stream.  Spent 45 minutes filling everyone's water bottles and bladders.  From there the groups split up again and headed for Woody Gap.  Nothing too memorable about the terrain between Gooch Mountain and Woody Gap--there were some nice springs that we stopped at and we walked up some hills and down some hills.

Woody Gap was really nice though, a beautiful view and some picnic tables.  There was a road to cross. Told the kids not to get run over (that would be hard to explain) and met a ridge runner who was concerned about whether or not we had blisters. We have none.

The climb out of Woody Gap to the top of Big Cedar was very challenging. Switchbacks!  Hand-over-hand scrambles!  Steep!  But, we made it to the top.

We all met up on top of Big Cedar and decided to find a place to camp around Burnett Field Mountain, rather than pushing on to Jarrard Gap.  I took off with the faster group to look for a place to camp. When we got to Burnett Field Mtn there wasn't much of a field.  The topo showed some flat ground there, and there was, but no one had camped there in a while and it would have been more work to find a campsite than to just press on the extra mile-and-some to Jarrard Gap.

Lots of other folks at Jarrard gap--which is a flat area with lots of tenting area right before the beginning of the Blood Mountain climb.  We're camped here with lots of folks we've been keeping up with since Hawk Mtn.  A couple asked for assistance with their MSR stove.  Bert was pleased to show them how to light their stove.  ( A proud moment, go Girl Scouts!).


Feels good to be out on the trail, hard to believe this is our last night. 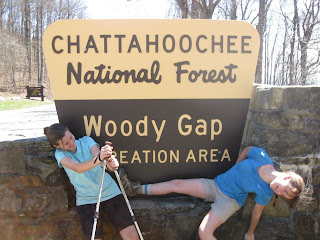 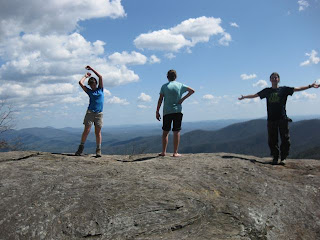 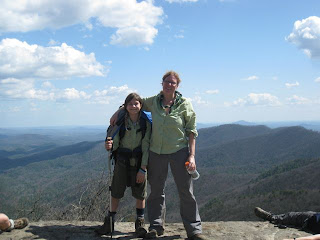 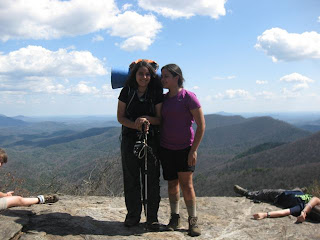 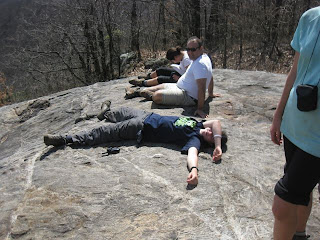 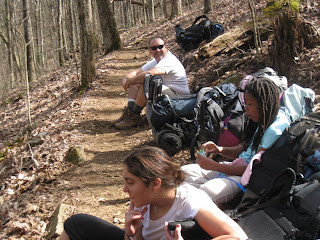 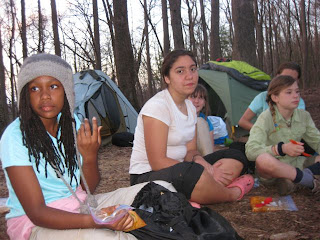 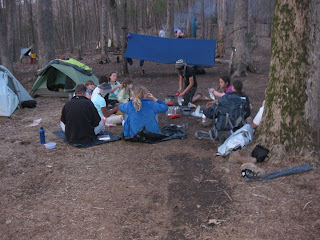 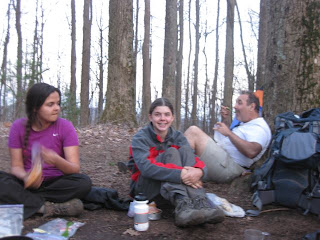